Recognition for achievement benefits everyone. The IARFC seeks out those leaders whose dedication and commitment have made their Association great. Members are publicly appreciated for their long time membership and their importance to the financial community. 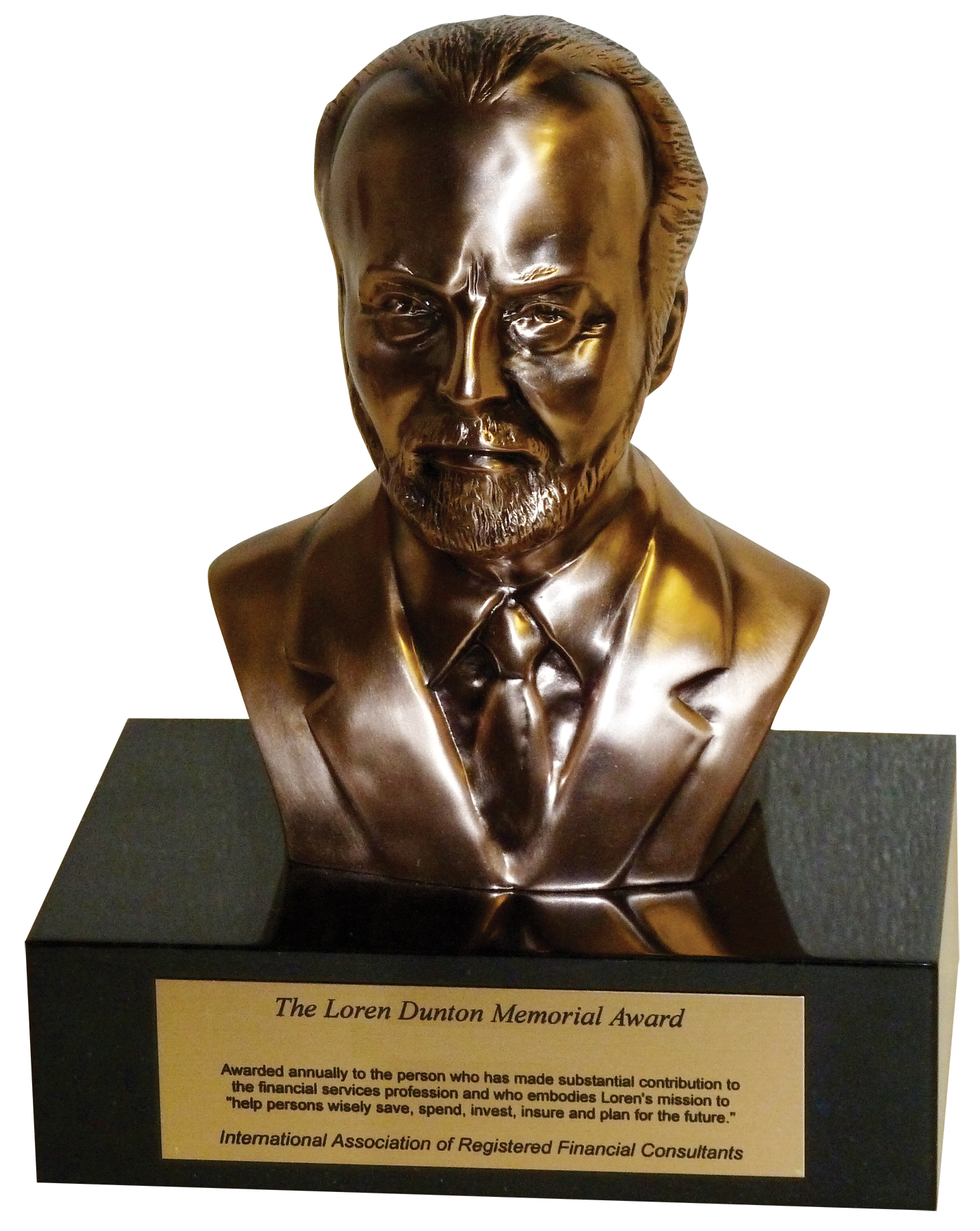 In commemoration of Loren Dunton’s achievements, the IARFC honors IARFC members who have made significant contribution to the industry supporting Dunton’s vision. 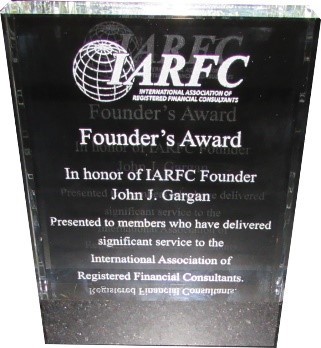 In honor of the IARFC Founder John J. Gargan, this tribute is presented to IARFC members who have delivered significant service to the operations and growth of the Association. 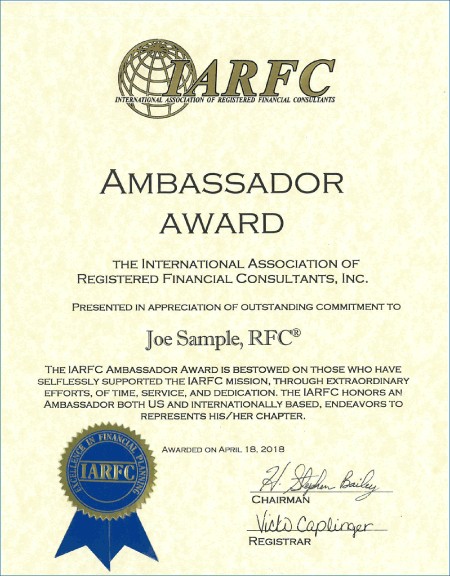 Presented to IARFC members (both US and Internationally) who have selflessly supported the IARFC mission through extraordinary efforts of time, service and dedication. 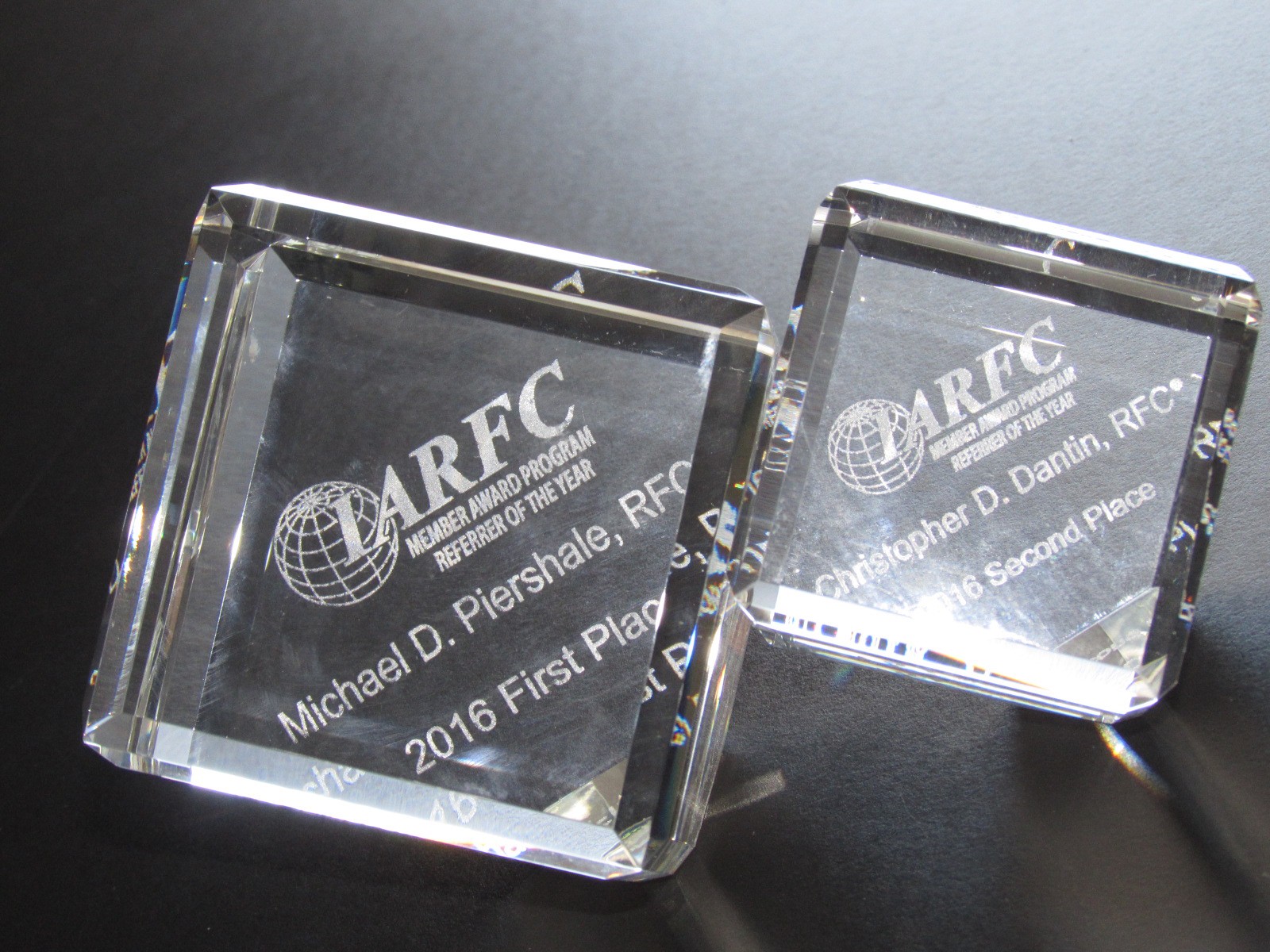 Presented annually in appreciation to top IARFC members who have referred the most newly qualified professional consultants who join the ranks of the Association.

Generally regarded as the “Father of Financial Planning”, Loren Dunton organized financial professionals in the late sixties and with their help created the financial planning movement. Dunton developed associations, magazines, colleges, university programs and foundations. He used his experiences to frankly explain what all financial advisors now recognize - that the ethical sales of financial products and the delivery of competent advice is a noble calling. Loren Dunton was a man of vision who cared deeply about both financial consultants and consumers. The Loren Dunton Memorial Award was first conferred in 2000 at the IARFC Financial Advisors Forum. The selection committee has strived to honor consultants who have demonstrated effectiveness in carrying the message of responsible financial stewardship to the public, and have high ethical and professional standards.

The Dunton Award Committee is comprised of past recipients. 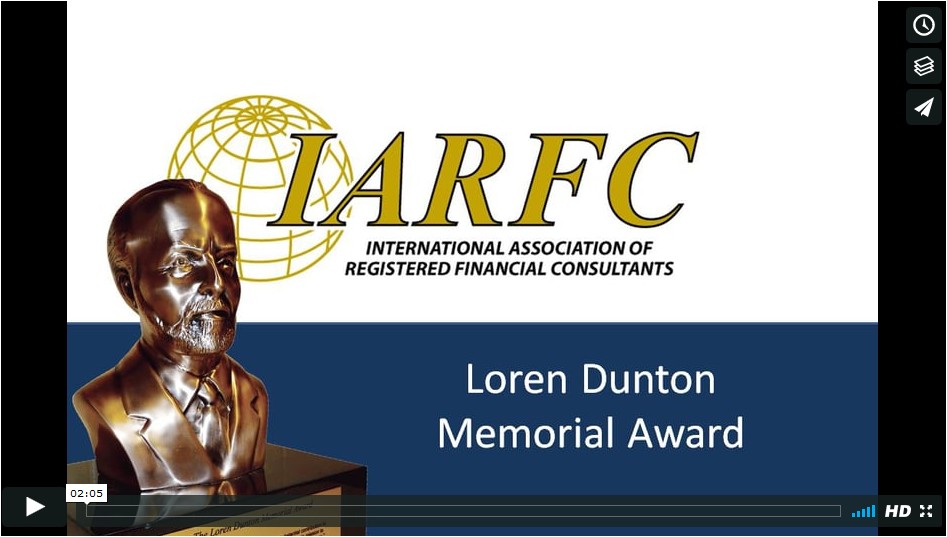 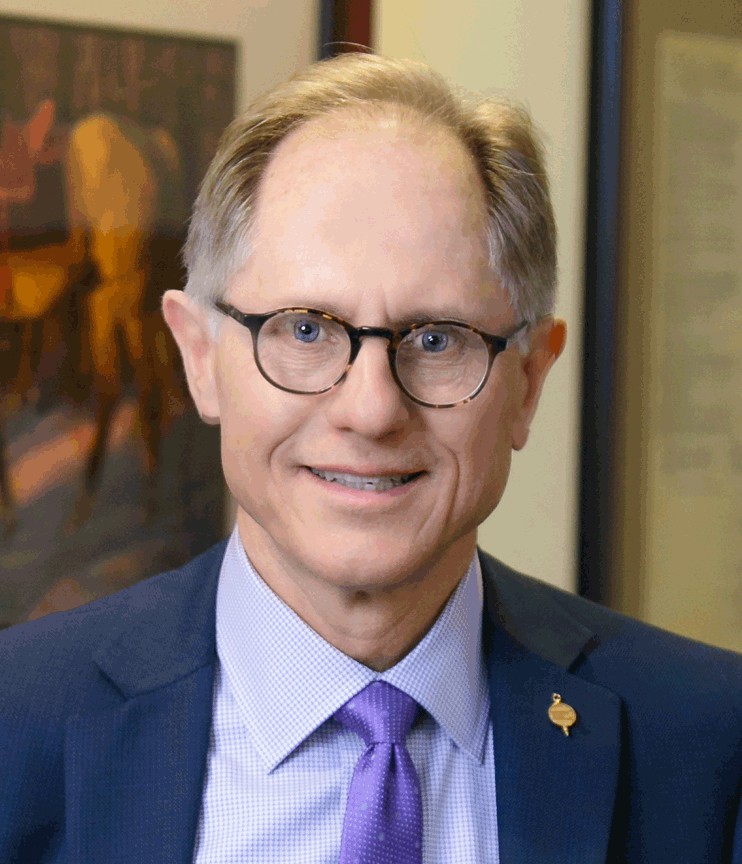 Barry Dayley has worked in the financial planning and wealth management business since 1981 when he started his own Money Concepts Financial Planning Center in Las Vegas, Nevada. In 1985, he received a request from Jack Walsh, the founder of Money Concepts, to serve as a consultant for Money Concepts and CUNA Mutual to develop a financial planning program for credit unions nationwide. In this role, Barry helped lead the establishment of over 600 financial planning programs in credit unions across the United States. Later, Barry accepted a position as the Division Manager of Member Services, where he led the operations of CUNA Mutual Group in the Northwest Marketing division. In 1998, he returned to Money Concepts as a Senior Vice President with emphasis on financial institution development. Currently Barry is the Executive Vice President of Money Concepts with national and international responsibilities.

Barry’s educational background includes: a Bachelor of Science from Brigham Young University with a degree in Financial and Estate Planning (1980), the Achievement of the Certified Financial Planner (1989), and the Mater Registered Financial Consultant (2017). He is a student of the business and is a frequent speaker at functions of the American Bankers Association, the National Federal Credit Union Association, and other industry conferences. In addition, Barry conducts ongoing series of training and continuing education programs nationally with the over 700 Representatives of Money Concepts Capital Corp. In spite of Barry’s demanding corporate responsibilities, he still maintains a very small financial planning client base to keep his skills sharp and maintain involvement in a profession he loves.

Barry is the Chair of the MRFC Certification Board and promotes the MRFC credential to Money Concepts rep audiences.

This Award is made in honor of the founder of the IARFC, John J. Gargan. It is presented to persons who have delivered significant service to the operation and growth of the International Association of Registered Financial Consultants. 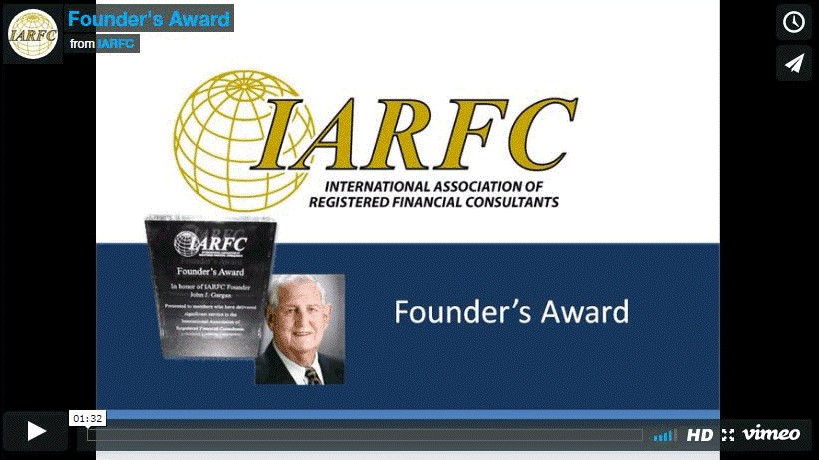 In honor of the IARFC Founder John J. Gargan, this tribute is presented to members who have delivered significant service to the operations and growth of the International Association of Registered Financial Consultants.

This Award is bestowed on those members who have selflessly supported the IARFC mission through extraordinary efforts, of time, service, and dedication. The Ambassadors Award is an International Award to be awarded by each IARFC Chapter Annually. The 2018 and initial year of Ambassador Award recipients were selected by the IARFC US Chairman.

Members
IARFC Chapter Leaders US and International (each Chapter chooses their own Ambassador, as listed in the Criteria)


2019 Recipients were honored at the IARFC Annuial Conference, in Nashville, TN at the Gaylor Opryland Resort & Convention Center March 20-22, 2019

Presented annually in appreciation to top IARFC members who have brought the most new qualified professional consultants that join the ranks of the Association.

One (1) free registration to the 2020 IARFC Annual Banquet (Registration date and details TBA).

One (1) round trip coach airfare (maximum $500) to Cincinnati Ohio, during the event dates. (US Chapter Only)

(Reimbursement to be made with copy of receipt no more than 30 days after the event).

One (1) night of lodging at The Westin Cincinnati, during the 2020 Annual Banquet
(IARFC will book the reservation, please confirm with us by TBA).

Thank you for participating in the IARFC Awards. (program subject to change)